While this may be hard for some of you out there to hear, some games are just way better on a PC than a console or tablet.  I’m sorry to break this news to you, especially if you are a PS4 or Xbox fanboy that simply adores their console of choice, but it’s true.  Take a deep breath.  It will be okay.

Now I’m not saying that the consoles aren’t great and there are some great games out there for them.  That’s not it at all.  In fact, I love my consoles.  But I’m not afraid to admit that some games are just better played on a computer or an epic gaming laptop.  Hiding from the truth won’t make it go away.

Today, I want to take a few minutes to look at several different genres of video games that simply play better on the PC versus the console.  My hope is that you will take this information and use it when you are ready to buy your next game.  That way you can make sure you choose the correct version of your game so you can have the ultimate playing experience.  If a game plays better on one platform or another, why not buy it where it performs best?  It just makes sense.

So, allow me to present to you my list of video game genres that traditionally play much better on a PC laptop or desktop than they do on a console or tablet.

Ah, the sandbox game, perhaps my personal favorite of all types of games out there.  Whether we are talking about Grand Theft Auto or Minecraft, for my money they always seem to perform better on a PC rather than a console.  Sure, there have been some huge sandbox successes on consoles, such as the GTA series, but that same series is just as popular on PC as well.  Like most other games out there, they got their start on PC.

You see, there is a finite amount of data that can be stored on a disc for a console game.  Contrast that to a PC where your game size can be almost limitless if you really want it, even though most developers stick to a certain size of their games.  What that means is you can create much larger and much more emmersive games on a PC than you can a console.  That translates into better sandbox experiences for all players in the end.  Currently, Minecraft is probably the most successful sandbox game ever released, and it has seen huge success on all platforms.  Still, the PC version is the definitive version of the game of the series and overall is much easier to play and control compared to all of the other versions on the different consoles and even handheld devices today.

Who can forget the good ‘ole days of gaming when some of the top games were classic point and click adventures?  The Leisure Suit Larry series, Kings Quest, Space Quest and more all enjoyed their time at the top of the video gaming world.  Why?  Because their interface was just perfect and the game’s story compelling.  While a few of these games made it to the consoles, they never quite saw the success that they did on PC.  Why?  The controls of course.

You just can’t quite control these types of games without a keyboard and mouse.  It is very difficult, if not impossible.  These games are beginning to see a resurgence in popularity as well, with the revival of King’s Quest and the continuing adventures of King Graham.  But, if you want to enjoy them in all their glory, you are simply going to have to play them on your laptop, as some aren’t even bothering with console releases because game makers know that interface is one of the keys to success.

Sure we can discuss Skyrim and a few others that were good on a console, but you can’t forget that role playing games got their start on the computer.  In their earliest versions, they were simply text adventures for people to enjoy in these giant computer labs.  Then came classics such as Ultima that redefined the genre as we know it.

One thing that all of these games had in common was complicated, yet easy to use game systems and interfaces.  One of the keys to that success was the ability to easily control multiple menu systems with a keyboard and then much later a mouse.  The fact is on a console, many of these games are very hard to control on a console.  While more recent releases of some of these games have definitely improved that, a majority of the best role playing games just do better on a computer versus a console.  Although I am sure there are some of you out there that may want to dispute this fact.  For my money, I will always play a role playing game on a PC.

There isn’t a gamer out there that hasn’t heard of Sim City.  Without that game, we wouldn’t have the simulation games we have today, and there are a lot of them.  Many of these games have seen success on consoles as well, and of all the games on this list, these are probably the easiest to control on a console.  Still, the interface functions much better with a mouse and keyboard allowing you to access the often endless menu systems you need to tweak your simulation and control your game.

There is nothing quite as satisfying as running one of these sim games and watching your creations take form or, on the other hand, tormenting your creations and watching them crumble around you.  To truly find this a satisfying experience, you just need a good laptop or desktop with a keyboard and mouse.  That way you can be sure the controls are not cumbersome or downright annoying at best.

Games like Civilization, the Command & Conquer series and even other aging classics such as Age of Empires demonstrated how effective the PC platform can be for playing strategy games.  These games lend themselves to a more point and click interface.  In the case of the real time strategy games, this becomes even more important as your decisions and actions must happen at a much more rapid pace.

Trying to achieve this type of control on a console is difficult and clunky at best.  Still, many of these games have been ported to consoles in the past, with a mixed success rate, I might add.  Hands down, the interface offered by your computer is much better for these types of games as you are able to control your actions much more easily without dealing with that awkward controller. 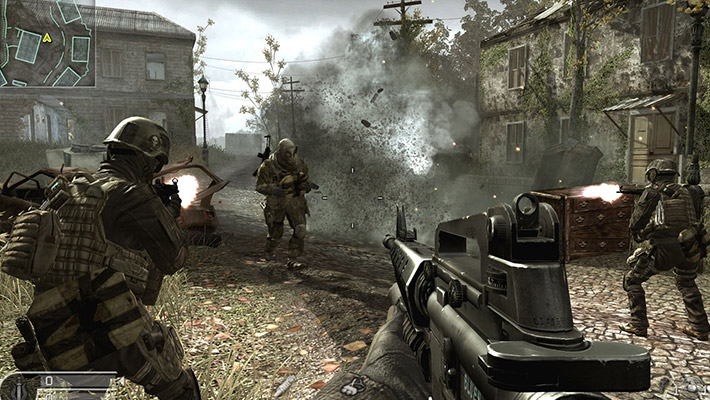 This one is perhaps the most controversial on this list.  Why you ask?  Mainly because there have first person shoot games that have achieved great success on consoles such as Halo and Call of Duty.  However, the genre got its start on PC with titles such as Wolfenstein 3D and Doom, and you just can’t duplicate the level of control with a console controller as you can with a keyboard and mouse on a computer.

There is nothing like nailing that perfect head shot, and with a keyboard and mouse, you can be as precise as you want.  There is no need for any targeting assistance on a PC because of this fact.  Want to shoot your enemies through the eye?  No problem.  Your mouse allows you to target your shots exactly how you want them.  That just isn’t something you will ever be able to achieve on a console, no matter how badly you want it.

I know that some of you out there may have a strong opinion about this list, and that’s fine.  I’m sure many of you, like these bingo cash reviews, disagree believing that console gaming is simply the way to go and all other forms are just a big waste of time.  Hey, you are entitled to your opinion, just as I am entitled to think that you are completely wrong.  Ha!  All kidding aside, I do believe that all of these genres of video games simply play much better on a laptop or desktop with a keyboard and mouse in front of you.  While some releases have been able to improve the control used with a console controller, you just have a much better experience on a laptop.

So, if you haven’t played some of these games or if you have only played them on a console, I encourage you to pick them up for PC and give them a try on your laptop to see for yourself.  I believe that after a few minutes you will be having a much better time playing them than you did on a console and you will find that the controls are much easier on the PC than they could ever hope to be on the console.

What do you think?  Let me know if you agree or disagree.  What games do you think are better on the PC versus the console?  Tell me about them in the comments below.