One of the most anticipated days for MMORPG fans are launch days or the latest up and coming game that is supposed to completely alter the genre as we know it.  While most rarely live up to this hype, each MMO ultimately offers something that keeps gamers coming back for more.  Launch time, however, can be a stressful time for both gamers and developers as both struggle to keep the game running on day one when their newly created servers are truly put to the test.

Why Are Launches So Difficult

You would think by now that companies would know a little more about what they have to do in order to make sure that their games will work on day one.  But alas, it seems there is still much for them to learn.

To be fair, an MMORPG is an immensely complicated piece of software.  When you think about it, it is not just a game, but a full virtual world where you can interact and make connections while you fight your way through the latest dungeon.  Developers not only have to provide a compelling game, but also have to create the backend tools that allow you to connect to their servers and socialize with other players.  Needless to say, an MMO is very, very complicated.

Some of the most common problems you will see during launch are:

While some of these types of problems are understandable and to be expected, the launches of some MMO’s have been so bad, that today they stand out as a reminder to developers of what not to do.  Today, we will take a look at the worst MMORPG launches in history so we can all remember how bad some launches can be.  Once you read these, you may not think the most recent launch you went through was really quite as bad after all. 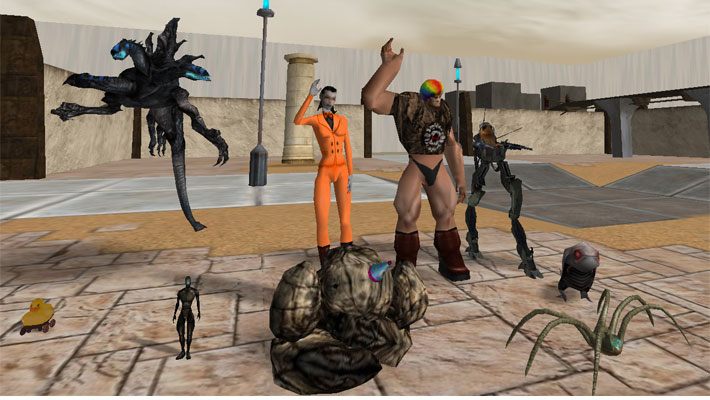 While others may disagree, Anarchy Online will go down in history as one of the worst launches ever.  On the very first day, many players had problems logging on or staying connected once they did get on.  Gameplay was almost impossible in the beginning due to terrible lag.  But the problems didn’t stop there.  Many people had trouble subscribing to the game so they could play.  What’s worse is these problems weren’t limited to just the first few days of the game.  Many of these issues continued for a few weeks after launch.  While the game made a bit of a comeback from this rough start, it definitely took a hit to its popularity from which it never fully recovered.

Everyone looks at World of Warcraft as the MMO that can do no wrong.  However, that wasn’t always the case.  Sure today they have millions of subscribers and each new MMO hopes to be the game that will finally topple this juggernaut, but in the beginning things were, shall we say, a little different.  Blizzard failed to anticipate the popularity of this game and because of this they simply were not prepared for the massive influx of people.  In the beginning, there were server and lag issues and very long queues.  But those weren’t the only problems.  There were quests that were bugged and animation glitches that would make the game completely unplayable.  They did manage to recover rather quickly and went on to become the most popular MMO of all time. 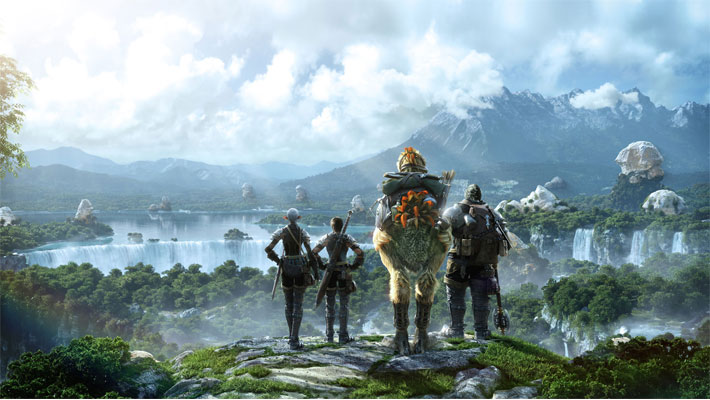 Nothing says that your launch was complete failure than the company responsible telling its customers that they would not have to pay for the game.  In addition to the usual connection issues, players were faced with a complete lack of content.  Essentially, the game was just not finished.  When the powers at be realized this, they told all their customers that the game would be free until it was properly ready for release.  Essentially, Square Enix created a massive beta test because of their launch failure, and while they have recovered, they did take a noticeable hit to their reputation in the process.

We can’t talk about launch failures without mentioning Sony.  Star Wars Galaxies was, at one time, one of the most anticipated MMORPG’s, and video games for that matter, ever to be announced.  However, when the game was released, their was a complete lack of content for gamers to enjoy outside of generic mission terminal missions that were uninteresting at best.  On top of that, there were no mounts, vehicles or space travel for players either.  This complete lack of content, bugged and incomplete professions and, of course, some server issues ultimately began its slow trek to its doom. 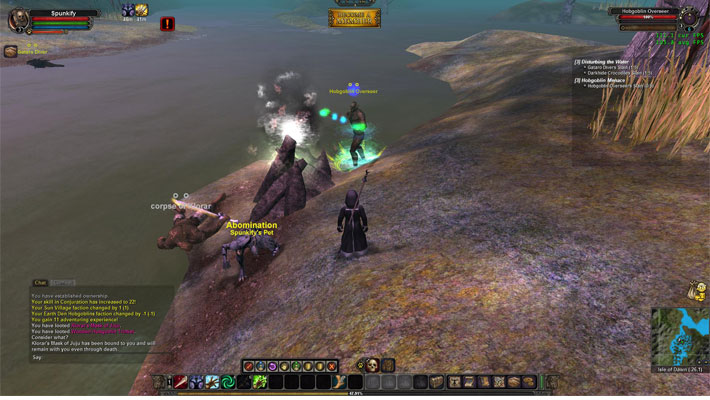 Another entry for Sony, Vanguard came on the scene three years after WoW when gamers expected to have a polished system to play with and not an incomplete mess that was Vanguard.  While the game was one of the prettiest we have seen and the Diplomacy system was truly innovative, but with the server issues and severe balance issues of the game it ultimately never had a chance.  It would take the months to sort out many of the issues meaning players were paying for a game that, in some aspects, wasn’t very playable.  These problems were ultimately just another nail in the coffin for the game and Vanguard is now just a distant memory for many players. 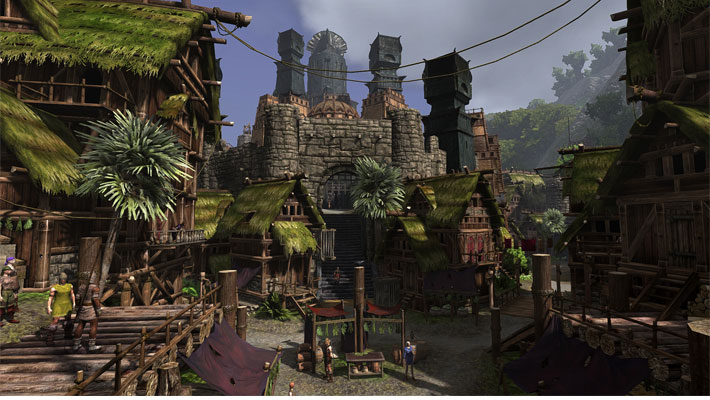 When Age of Conan launched, there were a few hiccups.  But overall, it was a pretty smooth initial launch.  However, what players didn’t know was that the developer front loaded all of the content to make a good first impression.  However, once you reached level 20, there was almost nothing to do.   This completely changed the gameplay experience compared to the first 20 levels.  The studio simply didn’t have the game finished and players quickly found out.  The game was also prone to crashing at the worst times drastically impacting the gameplay experience.  Saying the game was incomplete was nice compared to what some gamers said about the game after its release.  Today, there is much more to do, but many gamers never went back because of the bad taste that Age of Conan left in their mouths. 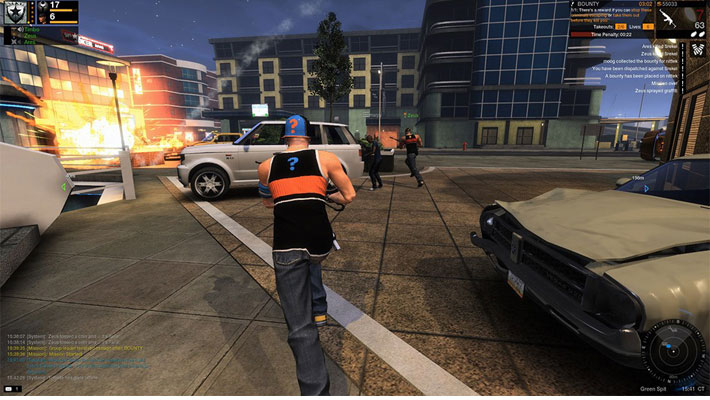 Before Grand Theft Auto created an online experience, All Points Bulletin was looking to be that very thing.  It was truly an ambitious goal and one that many gamers hoped would bring a new, unique experience to the world of MMO’s.  When the game was released, there was much hope for this titles.  Unfortunately, six weeks after the game was released, the develop was put on life support.  The game was filled with bugs, lag, connection issues and much more.  The state of the game was so bad, in fact, the All Points Bulletin only managed to live for three months before it was de-launched.  Today, it has been rereleased as a free to play game, but has never enjoyed the popularity that it could have had simply because of its release. 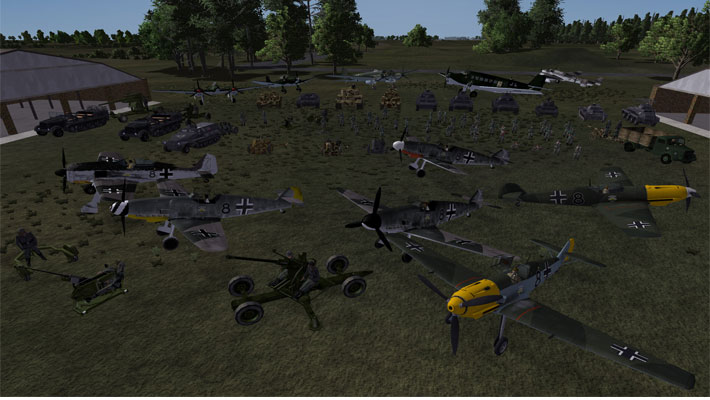 This often forgotten title makes the list because it just wasn’t worth playing.  When the game released, bugs made playing frustrating at best and many gamers wanted to put their heads through their monitors after spending just a little time in this game.  When it released, the game provided the most boring World War that has ever occurred.  Players spent hours upon hours just searching for another player to fight.  It was so bad that the developers made the game free to play in the beginning but ultimately the developers did so poorly that they had to file for bankruptcy in order to stay in business.

You would think that Blizzard learned its lesson after the release of World of Warcraft and that they would take these hard lessons and apply them to Diablo 3.  Sadly, they forgot those early rough years with WoW.  It had been nearly a decade since the world saw an update for Diablo, making Diablo 3 very much anticipated.  The world watched with skeptism as they announced the DRM policies but ultimately gave them a pass as, it was Diablo after all.  When the game was released, Diablo fans everywhere rejoiced.  Until…Error 37.  The error read as follows:  “The servers are busy at this time.  Please try again later (error 37).”  Because the game required you to be online, even if you were playing what was essentially a single player game meant that you couldn’t enjoy the game.  In addition, some players were losing valuable loot or entire characters as well.  Today, Diablo 3 is still popular, but it took a massive drop in population and has not even begun to reach the heights of its predecessor, Diablo 2.  And it most likely never will. 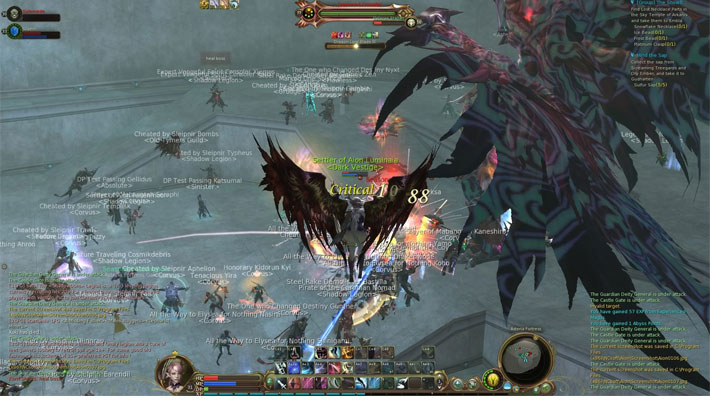 Today Aion is moving along just fine with many MMO gamers loving the experience.  However, things weren’t always so rosy for players.  When the game launched, it was literally a train wreck of a mess as developers were not prepared for the load.  The servers quickly filled up well beyond their capacity and hours upon hours of queues became the norm.  To be fair, they addressed the issues as quickly as possible, but in the beginning you spent more of your game time waiting than you did actually playing.

Some of these games went on to be some of the most popular MMO’s ever released with World of Warcraft still plowing ahead with its millions of players.  However, even for Blizzard and WoW, times weren’t always so good.  The games in this list represent some of the worst launches in history, and while some did recover, others never did and suffered simply because they were not properly prepared for launch.

I’m not saying it’s not okay to cut publishers and developers a little slack on launch day.  The truth is you never really know how an MMO will do until you have streams upon streams of players logging in and playing.  Still, some of these developers should know better or, at least they should have learned from their mistakes.

My best advice to you, as a fellow gamer, would be to be patient.  No matter how much you want to play that new game, why not wait just a few days before you sign up?  Putting off playing for a few days won’t put you behind other players, but it could prevent you a lot of headaches as you won’t have to deal with the frustration of trying to play before the servers are really truly ready to handle to load of thousands of players.  In the long run, I think you will find your opinion of the game won’t be soured and you will be able to enjoy it much better if you don’t begin your relationship with the game on the always tough launch day.