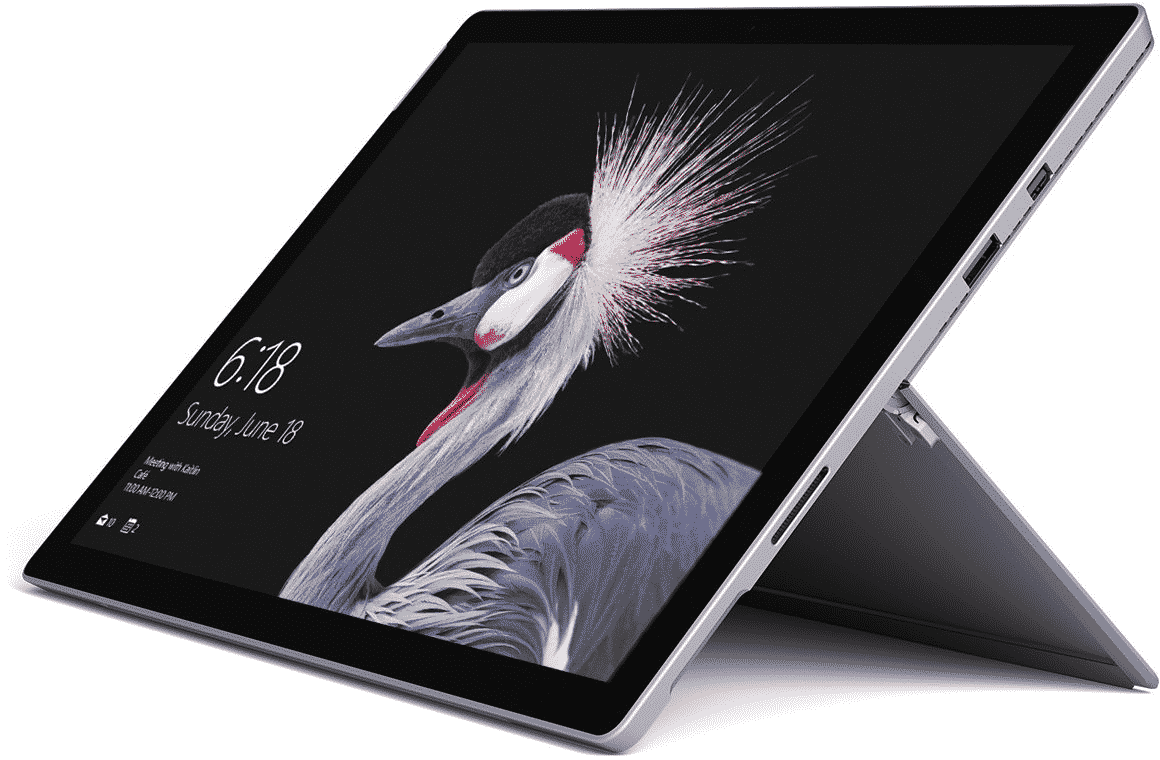 Despite having a small selection of ports and no USB Type-C, Microsoft’s new 2017 Surface Pro packs the power of a notebook in a tablet format.

The 2017 Microsoft Surface Pro 12.3-inch 2-in-1 laptop has received positive reviews for its powerful performance thanks to the great hardware, its solid construction, its improved battery life of around 13 hours, and its great speaker quality. Furthermore, its 12.3-inch 2736 x 1824 PixelSense screen is said to be crisp and bright and the Surface Pen is said to be more sensitive than the previous model. Lastly, users also noted that the kickstand is improved. However, some were disappointed that the Surface Pen was no longer included for free, and that the keyboard was expensive. Furthermore, it does have minimal connectivity, with some questioning the lack of USB Type-C. The Microsoft Surface Pro 12.3-inch offers users a notebook performance in a tablet format thanks to its powerful hardware, however, it is pricey due to needing to buy the Surface Pen that was previously included and it is rather limited when it comes to connectivity.

Submit your own review Cancel reply