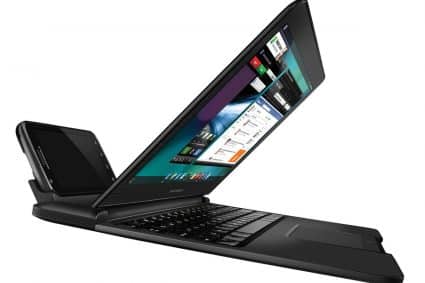 In 2011, Motorola released the Motorola ATRIX Lapdock QWERTY keyboard. A peripheral for the Motorola Atrix 4G smartphone, the device would essentially allow users to “plug” their phones into their laptops in order to use the laptops as a screen. In the list of product features for the accessory, Motorola explained that it would allow people to manage their files, media and emails using the laptop’s keyboard, in addition to call sending and receiving, the ability to browse “rich” desktop sites, and the Atrix would even charge the phone while it was docked.

According to CNET, the dock was a big hit at CES 2011 (the Consumer Electronics Show) where it was announced. The publication also praised the peripheral for its “extremely well-constructed” design, the fact that it gives the Motorola Atrix 4G a “long-life battery,” and the useful, built-in HD media playback interface.

However, just over a year after first announcing it, Motorola killed off the ATRIX Lapdock along with its line of Webtop software. The company confirmed that “adoption has not been strong enough,” which is industry speak for lack of sales. But what went wrong and why didn’t people want to buy the accessory?

Why Did the Motorola ATRIX Lapdock Fail?

According to most accounts and reviews of the accessory, the Motorola ATRIX 4G Lapdock was not a bad product. Most called it helpful and said that it allowed them to work on the go. According to data discussed by VentureBeat in 2013, almost 70% of smartphone-owning professionals use their handsets to access corporate data, which has led many companies to introduce BYOD (Bring Your Own Device) policies, including the UK’s NHS. While this info was available almost a year after Motorola had already killed off the Lapdock, it indicates that there was a market for it.

By Motorola’s own admission, the Lapdock was able to spur “a lot of innovation” in the mobile industry and it seems that therein lies the reason for the product’s downfall. In its statement announcing that it would be discontinuing the product, Motorola also noted that it had seen other manufacturers of mobile devices as well as developers include “desktoplike” features in their products. Essentially, Motorola’s rivals were able to one-up them.

Motorola has a long history of its rivals being ahead of the game. Most notably, Motorola’s reluctance to get into the smartphone industry, waiting until 2010 (two years after the iPhone set the trend) was one of the worst ever business decisions, says Betway. Because of this mistake, its share value dropped from $72 in February 2006 (when the Motorola RAZR phone was successful) down to just $12 by February 2009. In the time it took Motorola to launch the Lapdock, Apple had released the first-generation iPad, which was also marketed as a device that would allow people to work and access entertainment anywhere, at any time. Why would people pay for a phone and extra hardware when manufacturers were already making devices that offered the same features baked-in? 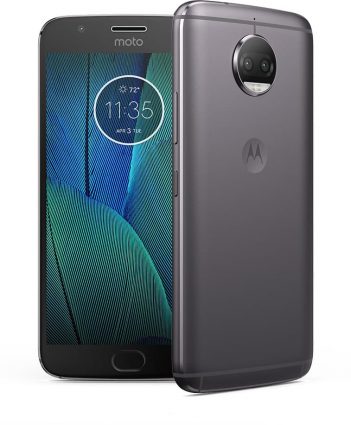 There are lessons that can be learned from Motorola and its Lapdock disaster. Namely, that mobile manufacturers should take more risks and do so sooner. As mentioned, the ATRIX 4G Lapdock was a good product and it addressed a real need in the market but Motorola just wasn’t quick enough. Had Motorola launched that product two years earlier – after smartphones had begun to take off but before the iPad had released – it may have found more success.

For comparison, Apple shocked critics and fans when it unveiled the iPhone 7 with no 3.5mm headphone jack, forcing consumers to either use an adapter or purchase a set of wireless headphones. It did it again with the iPhone X when it showed off its notch design which offered users a phone with a much slimmer bezel, also removing the traditional home button for a much more simplified design. The similar designs of other phones that now have notches show how that company was able to be a trendsetter rather than a follower and Apple has reaped the rewards of its innovation since.

The other lesson is to not build a so-called “walled garden”. While making products that only work in your ecosystem is fine if you’re Apple and command more than 10% of all new smartphone sales, for Motorola, which at the time was still recovering from its failure to invest in smartphones sooner, this just wouldn’t work. So, the fact that the Lapdock was only compatible with some Motorola devices didn’t help the product’s fortunes.

In comparison, devices such as Microsoft’s Universal Mobile Keyboard accessory have found reasonable success because of their compatibility. That Microsoft peripheral works with mobiles and tablets on multiple operating systems (including iOS). Microsoft understands the need to be able to switch a smartphone from personal to work usage and respects that plenty of people will not be using Windows devices. Microsoft has had to appeal to the people rather than hope its peripheral would magically convert people to a Windows-only way of doing things.

Motorola as a company no longer exists as it once did. The Motorola that released the Lapdock has since been sold multiple times, changing hands between Google and Lenovo in just a matter of years because of its failure to find smartphone success. But maybe things would have been different had the company been quicker to react to market trends and had it been more willing to take risks. Motorola may be unable to learn from that now, but perhaps other mobile manufacturers can learn a thing or two. 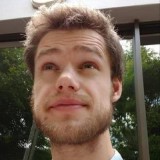 Our dedicated editorial team spend countless hours every week scouring the best deals across the web to help save you time and money.